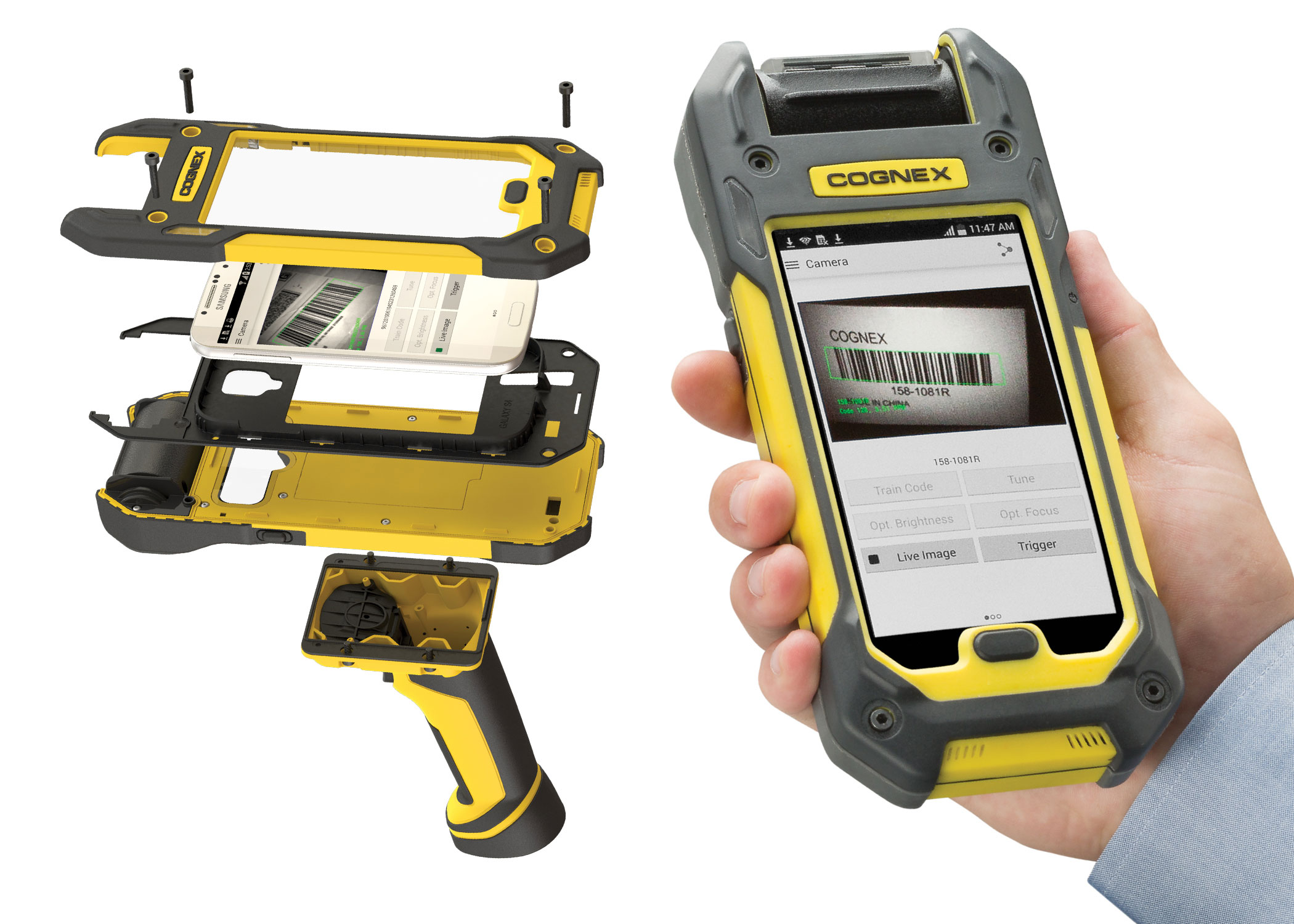 Cognex’s MX-1000 series of mobile terminals offers manufacturers, logistics companies and many other organizations that currently rely on expensive, inflexible and purpose-built mobile terminals a revolutionary new method for performing tasks such as inventory management, logistics and field service. The MX-1000 combines the ease-of-use, low-cost and flexibility of off-the-shelf smartphones together with a rugged hand-held assembly that holds both the phone and a specially designed Cognex barcode reader that outperforms competitors’ laser-based and camera-based systems. Cognex expects that this unique combination will enable it to become a major player in a $500 million segment of the mobile terminal market.

Cognex designed the MX-1000 after detailed discussions with leading companies that use mobile terminals and who are also customers of Cognex’s machine vision products and barcode readers. These customers were dissatisfied with their current mobile terminals, which they described as proprietary, expensive, closed systems that are both difficult to build applications on and costly to maintain. They urged Cognex to design a flexible mobile terminal that includes Cognex’s field-proven barcode reading technology. Early units of the MX-1000 have been undergoing field testing by a number of Fortune 500 companies, and Cognex is now receiving orders from them.

“The initial versions of our mobile terminal will offer Cognex’s superior capability for reading both 1-D and 2-D barcodes, but the hardware in each unit is a complete Cognex vision engine that is capable of far more than just reading barcodes,” said Dr. Robert J. Shillman, Founder and Chairman of Cognex. “I envision that in the near future, customers will ask us to add other valuable vision-based capabilities such as optical character recognition (OCR), package dimensioning and inspection.”

“Cognex is disrupting the market for mobile terminals by offering customers the power, ease-of-use and low cost of Android® and iOS®-based smartphones together with Cognex’s barcode reading technology,” said Robert J. Willett, President and Chief Executive Officer of Cognex. “Customers no longer need to choose between ruggedness and flexibility; with the Cognex MX-1000, they’ll get the best of both together with industry-leading DataMan® technology for reading barcodes reliably, even under the most difficult conditions.”

"This is an innovative approach to augmenting the functionality of today's modern mobile devices. It comes at a time of significant disruption and transition in the mobile terminal market because of the phasing out of existing Microsoft® WindowsCE® and WindowsMobile® 6.x powered handheld terminals as these platforms reach end of life (EOL),” said David Krebs, Executive VP, Enterprise Mobility & Connected Devices, VDC Research. “With the MX-1000, Cognex is offering its customers a unique option to address industrial class data collection on ubiquitous modern smartphones without sacrificing ruggedness and environmental requirements. Furthermore, the ability to future proof investments is a particularly unique and important differentiator."